Conversations in finances to teach children 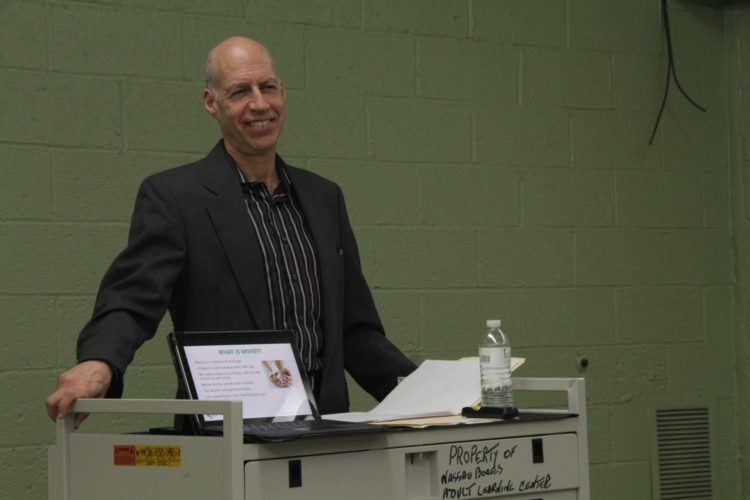 Richard Weinstein of Money Masters talked to Freeport parents and grandparents about creative ways they could educate their children about money and developing a healthy financial relationship on Jan. 22.
WAYS TO TEACH CHILDREN ABOUT MONEY

-Explain what money is.

-Devise a fun way children can earn money around the house.

-Teach how to budget.

-Talk about donating and volunteering.

Money affects everyone regardless of age. The worry increases with age as bills and responsibility change over time. However, according to the Long Island-based financial advisors, Money Masters, Inc., conversations about money should start at an early age.

“Our goal is to raise children that grow into prosperous adults who have a healthy relationship with money,” said Richard Weinstein, co-founder of Money Masters. “We want them to have money literacy.”

On Jan. 22, the Freeport Memorial Library welcomed Weinstein to the monthly Financially Fit workshop to tackle the question, “How do parents talk to their children about money?”

Freeporters interested in mastering the sticky world of finances, while learning new ways to have conversations with their kids attended the workshop in hopes of tapping into new resources.

“I don’t think people see the need for this, but this is starting to be a topic of discussion,” Weinstein added. “Parents are reluctant to talk to the children about money because they don’t feel comfortable. It’s a void and we’re trying to fill that void.“

Weinstein is a business owner of a New York City-based electrical contracting firm for over 30 years walked, parents and grandparents, through different steps they could raise money-smart kids. Through the workshop, Weinstein introduced Walter the Vault, a cartoon character he created in efforts to help children better understand the fundamentals of money.

On the Money Masters’ website, walterthevault.com,Walter the Vault stars in a collection of games, coloring pages, puzzles and spending charts centered around spending, saving, budgeting, financial goals and earning.

According to Claire Lynch, vice president of business development at Money Masters, parents should start conversations with children at a young age in efforts to start developing a healthy relationship into adulthood. An approximate, 72 percent of parents say they’re reluctant to talk to their children about money, says Weinstein.

“It is overwhelming for parents to explain fiancés to their kids. We hope our guide can help answer parents answer their kid’s questions,” Lynch said.

Weinstein recommends parents to find ways they can teach the children how to earn money around the house by assigning chores or even shoveling snow. Another suggestion was to give the children a weekly allowance. However, the most important thing to do, says Weinstein, is to keep track of the money and store it in a safe place.

“You wake up in the morning you plan out your work day and health day,” Weinstein said. “You should put that same emphasis in your planning your financial day — what am I going to spend, earn, save or donate.”

Teaching your children about money

“April is Financial Literacy Month. And studies show we need it more than ever, with as many as two thirds of American adults unable to answer basic financial questions.”

It is important to be fiscally responsible in order to succeed in the adult world. Thus, teaching children the importance of finances from the time they are young will likely have positive effects on their futures. Even though math-related subjects can be perceived as boring, complicated and even intimidating, a few enterprising individuals have created ways to teach children financial lessons in a fun and entertaining way. “Walter The Vault” is an example of such character-driven, finance-focused, entertainment-education. END_OF_DOCUMENT_TOKEN_TO_BE_REPLACED 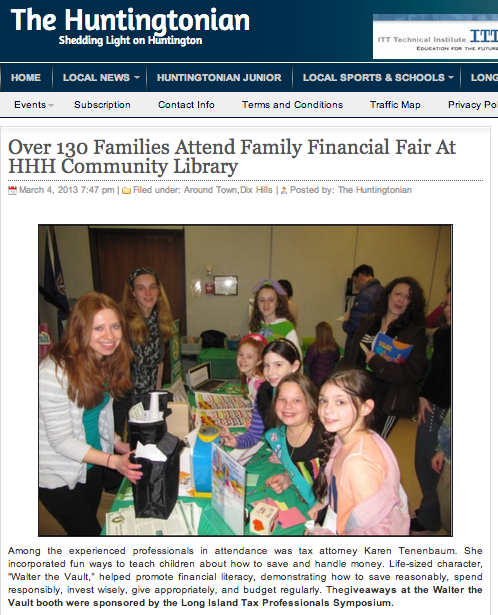 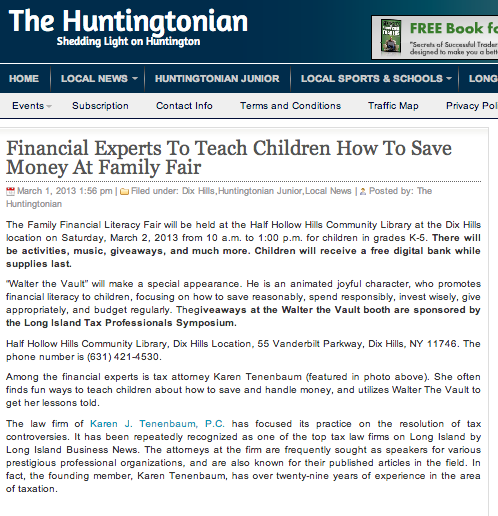 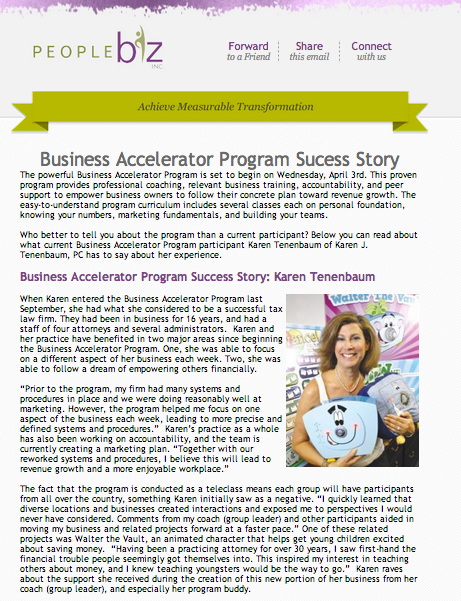 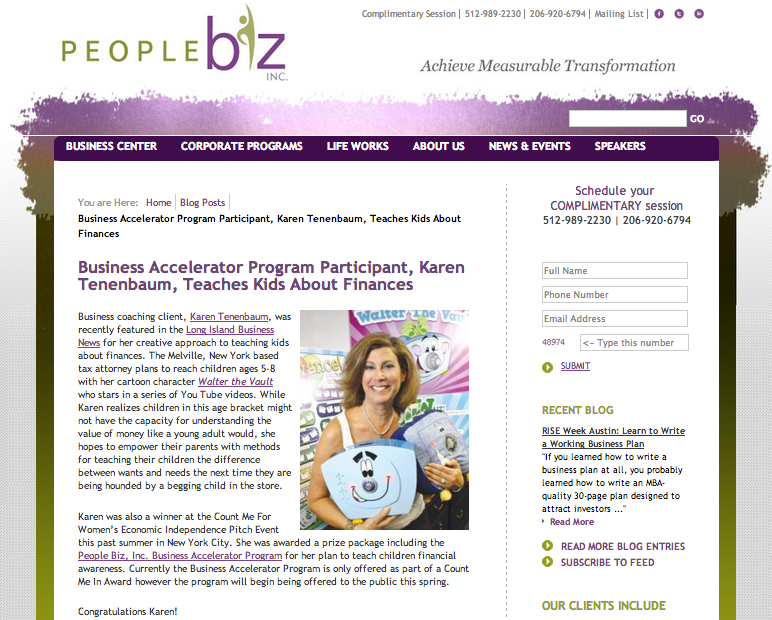 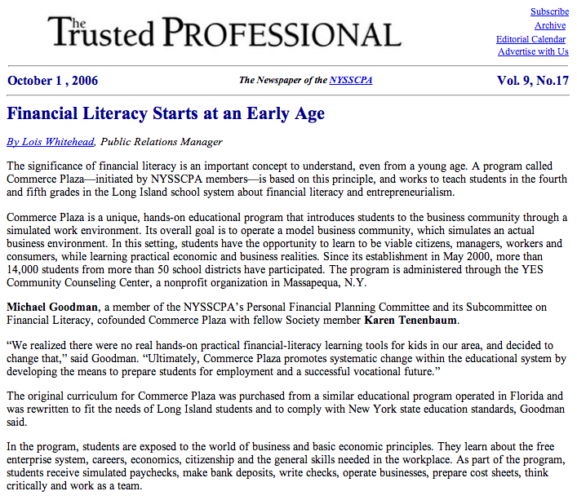 Long Island Journal; Opening the World of Business to Children 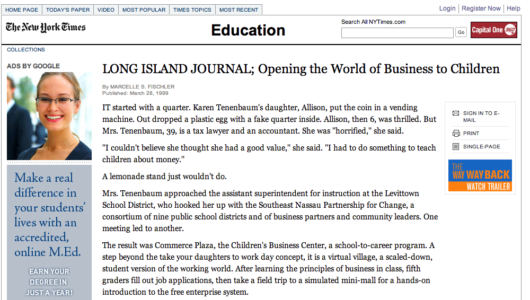