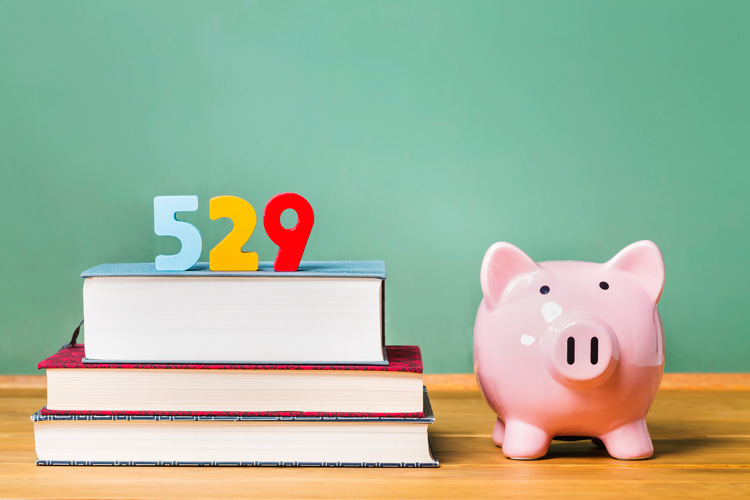 We’re a few weeks into 2015 so there’s no better time to start saving. One savings plan that comes to mind is the 529 Plan. With the growing costs of higher education, starting a 529 plan can help give you a head start when it comes to paying for your child’s college tuition and expenses.

According to U.S. Securities and Exchange Commission:

“A 529 plan is a tax-advantaged savings plan designed to encourage saving for future college costs. 529 plans, legally known as “qualified tuition plans,” are sponsored by states, state agencies, or educational institutions and are authorized by Section 529 of the Internal Revenue Code.

There is a wealth of information out there that can be overwhelming. So let’s cover the basics to get you started:

Any U.S. citizen or resident over the age of 18 can open up a 529 plan for the intended recipient, including for oneself. Accounts can be started for as little as $25 depending on individual state requirements. Anyone can donate to the plan and there is no age limit on when you can create a 529 plan for a beneficiary.

In general, people open accounts for their children or grandchildren. More than one 529 plan can be opened in the beneficiary’s name as long as it doesn’t exceed the state’s maximum contributions for the account which range from $200,000 to $400,000. Once the maximum amount to the plan is reached, deposits will no longer be accepted.

What are the tax benefits?

As stated on the IRS website, one of the major benefits for creating a 529 plan is that “earnings are not subject to federal tax and generally not subject to state tax when used for the qualified education expenses of the designated beneficiary, such as tuition, fees, books, as well as room and board. Contributions to a 529 plan, however, are not deductible.”

Am I only restricted to my state’s plan?

Most people assume they can only sign up for their plan in their home state but that isn’t necessarily true. You can review different states’ plans at Saving For College.

Have you opened up a 529 plan? Comment below if you have more questions about starting a plan.